The steel industry’s quest for an emissions-free future 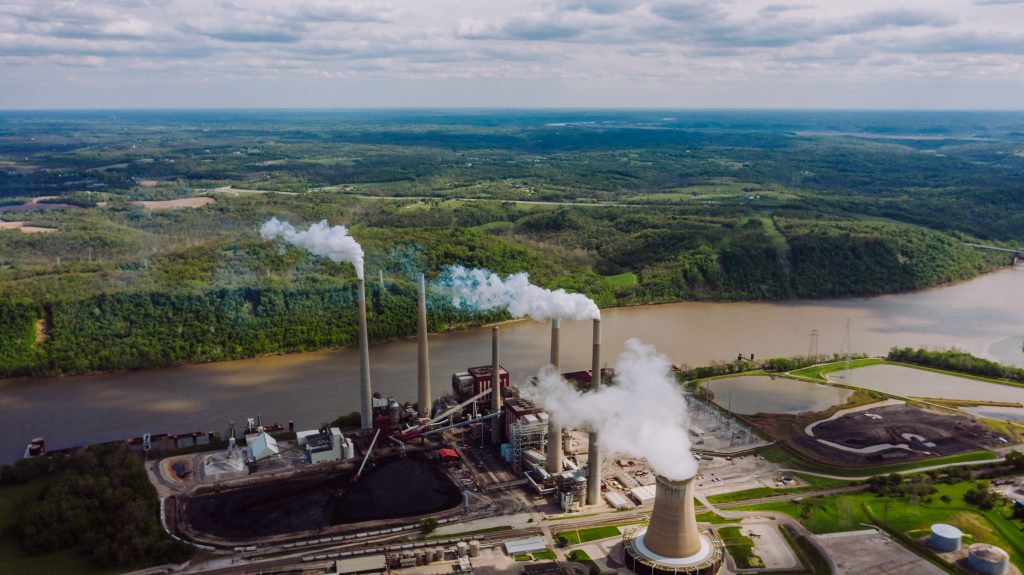 As the effects of global warming continue to capture headlines around Europe, many of the region’s major industries from steelmaking to chemical production are responding to the European Union’s call to radically reduce emissions sooner rather than later

As part of the Green Deal presented by the EU Commission last year, the bloc now proposes raising emissions-reduction targets to 55% of 1990 levels, with a 40% cut in greenhouse gases over the same period. Faced with such stringent goals, energy-intensive industries such as steelmaking are exploring a broad variety of solutions in a bid to become greener. That includes recycling carbon waste as fuel and moving away from traditional coal-fed blast furnaces to electric ones.

The race is on to meet the challenges of cutting pollution in an industry that is estimated to contribute, along with the production of iron, 9% of global carbon dioxide pollution, or more graphically, just under two tons of CO2 for every ton of steel made.

But these changes come at a price for an industry already under pressure from cheaper overseas rivals and the ongoing effects of the coronavirus pandemic.

The higher cost of natural gas and hydrogen means that greener steel is more expensive than the product made in coal-fed furnaces. According to Charles de Lusignan, a spokesman for the European Steel Association, green steel will be between 35% and 100% more expensive, at a time when margins in the industry are tight.

Steel companies are therefore adopting a two-prong approach to the problem by seeking solutions that not only cut harmful emissions but also help save them money through improved combustion efficiency.

One such company is the steelmaking giant ArcelorMittal, which is aiming to reduce its CO2 emissions by 30% by 2030 from 2018 levels through a variety of methods: they include renewable electricity from wind and solar sources, alternative “circular carbon” production fuels and carbon capture and storage methods. Known collectively as Smart Carbon, this approach could ultimately precede an innovative “direct reduced-iron approach” that aims to make steel in furnaces using hydrogen as fuel, instead of coal or natural gas.

Circular carbon fuels include biological recycled waste gases, which are turned into ethanol that can be used as liquid fuel in the furnaces, and waste-wood products that also recycle carbon.

As the company moves towards its 2030 goal, other measures, including extracting “Blue” hydrogen from natural gas and capturing and storing the CO2 released during this process, will be used. Additionally, “secondary steel” produced from steel scrap and renewable energy could help considerably in reducing interim emissions.

ArcelorMittal is part of the EU research project BAMBOO, which is exploring innovative decarbonisation technology in the steel, petrochemical, mineral, and pulp and paper industries.

At Arcelor’s Spanish plant in Avilés, Spain, the project is examining particular improvements in combustion efficiency and reducing reliance on fossil fuels, along with ways of recovering heat waste and cutting costs. Specifically, the company is working to identify and eventually implement ways of improving its flame-monitoring and heat-pump systems at the plant.

One of these technologies allows process gases, or emissions released during the production of steel, to be recycled as a replacement for natural gas in the entire steelmaking cycle. Another uses cameras to monitor the high-temperature gas flames used for tasks such as shaping and rolling steel, in a bid to control thermal losses and maintain efficient combustion.

Victor Cuervo Piñera, a research engineer at ArcelorMittal with responsibility for combustion, explains: “The goal is to achieve efficient combustion like in the engine of a car, the right combustion process, and flame monitoring can help to do that.” Just by looking at the shape of the flame and how it is fluttering can give engineers the information they need to make efficient changes, Cuervo Piñera says.

In addition, they are using a heat pump to recover and recycle waste heat streams traditionally lost during the steel-making process, so that steam can be generated in a sustainable way, replacing natural gas used in steam boilers.

These measures not only save the company’s money but helps it make inroads into reducing emissions as Cuervo Piñera’s colleague, Irene Solis Gallego, explains: “With Bamboo, we are closer to achieving the [2030] target, without modifying the steel process itself.”

For the engineers, the potential savings could help pave the way to the next, more ambitious stage of steelmaking decarbonisation, namely the move to zero- or near-zero-emissions production.

The company is aiming to be carbon neutral by 2050. To make this transition, it will ultimately have to move to producing steel with green hydrogen and electricity, a scenario that experts such as Professor William Gale of Leeds University’s School of Chemical and Process engineering believe is entirely possible. “You can do that with sustainably generated electricity, either off the grid or steelmakers can look to generate their own,” he says.

ArcelorMittal itself hopes to have one of the first hydrogen-powered DRI plants up and running in Europe by mid-decade. If successful, this could be the last step in a wide-ranging and radical set of measures aimed at decarbonising steelmaking by 2050.

An aim that de Lusignan believes is achievable, albeit with one caveat: It is conditional on the infrastructure, on the trade environment and the support for technical rollout,” he concludes. 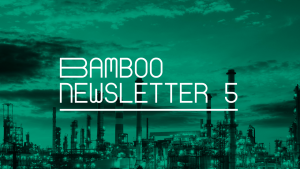 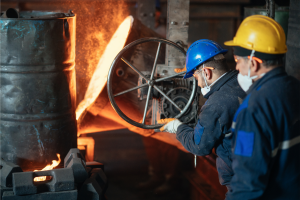