Taking the heat: how innovation could slash emissions from oil and gas refining

The global transition from an economy underpinned by fossil fuels to an economy powered by renewable energy is well underway. The pace of that transition, however, has come under scrutiny – especially at the recent COP26 climate summit in Glasgow.

Burning fossil fuels is driving potentially catastrophic global heating, yet hundreds of thousands of livelihoods in Europe alone depend on the oil and gas industry.

Abandoning fossil fuels overnight would cause society to grind to a halt. The transition to a net-zero carbon future will take place over several decades: the oil and gas sector remains an integral element of our energy needs for the time being.

However, that does not mean that the industry can’t, and shouldn’t, take immediate steps to lower emissions in the sector – especially those caused in the refining of oil and gas.

Throughout its history, the petroleum industry has prioritised innovation to locate and safely extract hydrocarbons from beneath the planet’s surface.

That same spirit of enterprise is now driving some companies’ efforts to mitigate carbon emissions through enhancing the sustainability and reducing the environmental impact of their downstream operations.

One example is looking at refinery processes themselves as sources of energy, and not just consumers of it.

“If we look at the industrial processes in the petroleum refining sector, we see that there are many opportunities for heat recovery at low temperature, where waste heat can be converted into useful electricity,” says Tommaso Ferrari. Ferrari is an engineer for Turboden, a company based in Italy that designs Organic Rankine Cycle (ORC) systems that recover waste heat from industrial processes.

ORC is an established technology that uses heat to evaporate an organic, high molecular mass fluid to drive a turbine that generates electricity.

The principles of evaporation and condensation used in ORC are similar to a steam turbine, but by using a fluid with a boiling point lower than water, the technology enables heat recovery, and therefore energy regeneration, from lower-temperature sources. In a refinery context, capturing low-grade, waste heat and generating electricity from it offers oil and gas producers an opportunity to reduce emissions.

But the environmental benefit is not the only advantage. As Dr Alan Rossiter, a chemical engineer and executive director at the University of Houston explains, ORC is increasingly making sense from a financial perspective.

“In the past it has been very difficult to justify ORCs in refineries economically,” says Dr Rossiter.

“However, some of the equipment costs have been falling, and the drive for decarbonisation, which in some cases translates into government incentives, has made ORCs more attractive in certain cases.

“These factors are changing the relationship between cost and benefit. It may be time to re-evaluate ORC applications in refineries,” he says.

Tüpraş, an oil and gas company based in Turkey, has contemplated ORC technology to valorise waste heat streams in refining processes. Energy-efficiency innovations at its plants in 2020 alone saved 713 terajoules of energy, equivalent to almost 39,600 tonnes of CO2.

“The most common way of cooling a medium-temperature stream in a refinery is to use air or water coolers, which consume electricity and water – and this electricity is produced by a steam or gas engine, usually powered by fossil fuels,” says Dr Eda Açık Çumkur from Tüpraş.

“It’s also possible to extend the ORC approach to the waste heat streams in other type of units in refineries.

“To achieve this, the temperature, flow rate and heat capacity of the refining product must be suitable within the limits of the ORC unit design, the unit must have a good long-term performance and the operation should be economically feasible,” adds Dr Eda.

Tüpraş and Turboden are participating in an EU project, BAMBOO, which has deployed Turboden’s ORC technology at a Tüpraş refinery in Izmir.

Waste heat recycling is one of three innovation pillars of the project. Part of its rationale is that an energy system in transition cannot always guarantee reliable supplies of renewable power, at least not at the outset – but that’s precisely what a refinery needs.

Bamboo, therefore, identifies solutions that can be adopted alongside a gradual switch to fossil-free energy sources, ensuring a sustainable supply of electricity while ushering producers further down the road to net-zero carbon.

“The ORC we have studied is innovative, because it’s the first ORC unit used in a refinery complex to recover heat at low temperature, with the heat exchangers receiving one of the crude distillation unit streams directly to evaporate the ORC working fluid,” says Ferrari.

“We expect the yearly outcome to be around 15,000 megawatt hours of fuel-free electricity, produced with zero emissions. This would save approximately 7,500 tonnes of CO2, just from one plant.”

COP26 did not signal the imminent demise of the hydrocarbons industry – as some environmental groups were demanding – but phasing out oil fossil fuels in favour of renewables will remain central to government policy across much of the world.

The European Union’s emphasis on a progressive, just transition to a net-zero carbon future means that oil and gas companies still have a prominent, if gradually decreasing, role in fuelling economies. 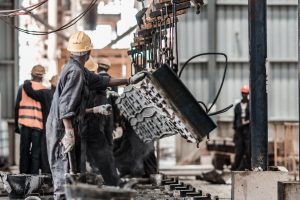 Implications of decarbonisation in a Steel Plant for Heat Recovery Measures 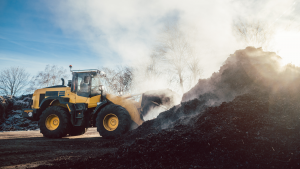